When you fall off the horse of life, git back on and ride like hell.

Anthropology, Evolution, and Thou

ANTHROPOLOGY, EVOLUTION, AND THOU

(A Bark of Larch)

Evolution: where did we come from? According to the Bible, which I read in tortured religious classes, listened to Priests and Ministers expound loudly, and finally saw the movie, God created man, Adam, who obviously was Jewish according to the Hebrew scholars who recorded the event. Since the first woman, Eve, was supposedly created for the rib of Adam (I fervently believe the ancient translations said the jaw bone of an ass but the different languages and translators confused the message), Eve was also Jewish. So, regardless of your current nationality, guess who your original parents were? Hand me a lox on a bagel with cream cheese. The translators over thousands of years must have been stuffing poppies up their nose when they wrote that man was created in God’s image. Now I ask you to look around at your fellow office workers, neighbors and travelers at airports. All shapes and sizes, colors, sexual orientation, languages, odors, nose sizes, hair content and nationality of man abound. Is god that ugly or did the scribes smoke backyard weed instead of Colombian red? And where does that leave the status of women? I haven’t read the writings of Koran, Torah, Hindu, Buddha but I’m waiting for their movies (remember the movie, The Bible) to see their concept of man, and if women are also excluded. So, big fella, who’s your ancestor, the hairy ape per Darwin or the guy with the beard and skull cap? Anybody want a banana (that smokes them out)?

In another of my ecclesiastical writing, “The Bible and The Millennium”, I explore the theory that God is a woman, to the utter horror of other macho men. The origin of man according to the Bible was centered in the Garden of Eden with Adam and Eve. The input of the snake and the apple(forbidden fruit) is never explained exceptthat they were the impetus for original sin and God kicking them out of the Garden. Did Eve get the first female headache and eat the first apple while Adam was deciphering the first sex? Or was it after the first attempt at sex when Adam discovered that Eve was faking elation? Was the snake male or female? Did the snake allure Adam away from Eve? Remember the saying, “She made love like a snake”? As a result, baptisms and the fear of Purgatory became big business in the form of cash and tips to Priests and Ministers, and the clothing industry for babies, Godfathers and Godmothers. What did God do with the vacated Garden of Eden: a spa for the rich or clerics, a strip mall with trendy shops, the first beer garden, the first senior center, an R & R all inclusive vacation spot for Angels? Location, location, location – it was the first prime real estate on earth.

The early religious right was throwing virgins and young boys into flaming volcanoes and off cliffs into raging seas, but society progressed by stopping such wastes with the aid of non-government funding by nude magazines, lewd movie makers, nude dance clubs, and Priests (not the High Priests but the low ones). Now virgins are a rarity and recruitment of Alter boys in way below quota.

The invention of secretaries probably overshadows the inventions of automobiles and airplanes for pure enjoyment and usefulness, albeit expensive in terms of wages, morale, divorces, demonstrations by women rights groups, laws against free wheeling office sex, banning water coolers, happy hours, weekend corporate travel and seminars, even AT&T being sued for their sales slogan, “Reach out and touch someone”, (C’mon, baby, just let me touch it).

Ethnic and religious cleansing have been cultural activities for centuries by nations, conquering armies, the Catholic Church in the Middle Ages: heretic naming created a booming business in burning folks on the stake, bone busting torture racks, whips, all kinds of torture goodies. Muslims against Christians, Arabs against Muslims, Germans against Jews, Hutus against Tutus, and all that hype about if you don’t believe in what I do, then you die. Bathing is bad enough.

Anthropologists aren’t sure when fire was developed by man. Nor how many thousands or millions of years man survived on cold meat, no toast white nor wheat, washing in cold water, no heating bills nor arguments over temperature controls. Life without grilled cheese sandwiches I cannot fathom. Farting in a hot bathtub and biting the bubbles is a cultural achievement, a snarf. Don’t attempt it in a cold stream, it doesn’t happen; no pucker power, no sphincter muscle control, and the only bubbles floating by are from the musk ox pissing upstream. Could there be meaningful life before Bic and Zippo lighters, and Diamond wooden matches? Conjure a vision of millions of unlit barbecue grills and unending lines of salesmen of barbecue grills, charcoal and starter fluid waiting for welfare payments in the form of colored stones, smelly animal pelts, arrowheads, burned out real estate women, sea shells (I’ll take a good looking sea shell over the latter any day of the week).

But at some point in ancient times, a man was striking rocks together with his hunting and gathering buddy observing. When you have no NFL teams nor television sets, you have few options but to watch your buddy rub his rocks. Suddenly, after reading a geology book, the curious one found flint rocks which produced sparks. Gathering dried pubic hairs which were abundantly scattered around, the man directed the sparks until smoke arose from the hair pile. Initiating a procedure that continues in modern times, the man blew onto the smoldering pubic hair. Lo and behold the first fire caused by man developed. His hunting buddy yelled delight and then said, “Do you have a cigarette?” And that is how we traced the ancestral man of Philip Morris. No longer did man have to chase fires caused by lightning and volcanoes. The feat of fire making spread from cave to cave, from tribe to tribe unhindered by patents, royalty fees, licensing arrangements, and litigation – lawyers world not be evolved for a few more million years to disprove the theory of the survival of the fittest, natural selection, Intelligent Design, no way. Sadistical Divine intervention and masochistic Intelligent Design must have created lawyers to punish man from eating apples and chasing snakes while ignoring naked women, such as Eve. What was social life before man sat around campfires to sing, dance, tell stories, and grab ass?

The wheel was the other great invention as fire that was the turning pint of civilization (demise or advancement). Anthropologists find evidence of fire in ancient diggings of charcoal, burnt bones and the ubiquitous cigarette butts, and determine ages with carbon 14 dating. But with floods and sediments burying ancient campsites and human bones, only a small fraction have been found from the millions of people who evolved and perished over millions of years. Why don’t Anthropologists give credit for when man cut the first wheel and designed axles? What great mind stared at mounds of stone wheels and invented the axle? Did they place upright tree limbs on the wheels and connect them with hemp for clothes lines, or construct nets and played volleyball? Remember that man had time on his hands as he didn’t have TV, movies, cars, airplanes, malls, and tired quickly of chasing women covered with hair matted with last month’s meals, or worse. Procreation was an Olympic challenge of the most determined. Sexual harassment was unknown.

When the axle was connected to two wheels, the wheels wouldn’t move until ball bearings or a rotating joint was discovered. Later, someone developed connecting four wheels and tree limbs connecting the two axles. After the first few downhill collisions, the first speed limit signs were installed. Did the jerk who invented those four wheels realize how many people would be killed and injured millions of years later? Maybe he was a personal injury attorney.

Housing development evolved from stone caves to modern caves: apartments, condos, and townhouses. Free standing houses are priced from $250,000 to over $2 million with the “el cheapos” 20 feet apart and the high flyers 30 feet apart. Yet the cooking fire, barbecue grill, is still as close to the neighbor as 4 million years ago. “Yo, cave neighbor, your meat is burning”. I just love progress. At least the caves were better built before building codes and builders came on the scene. Did insurance agents and attorneys evolve from the same tree with the digression of the wheel and housing?

Where are we going? What changes in our size B.M. (before McDonald’s and A.M. (after McDonald’s)? The houses built in 1900 and before had low doorways because folks were shorter. In 1980 a six foot person had to duck down to walk through the doorways of an house built in 1898. When I played basketball in Dayton, Ohio, in 1950, no one was over six feet in the city league. I met some men and women from St. Simons Island. Georgia, whose families never moved away and never married outsiders, and all were not more that five feet tall with itty bitty hands and feet. Their ancestors were probably sailors from England.

Modern day hunters climb trees using deer stands – a regression? Hand me a banana while I’m thinking. Nude beaches, nudist colonies, naked (topless and bottomless) table top dancing – a regression to years earlier before clothes when body hair was in vogue? With all the million of years gone by, it was only since 1903 that man had automobiles, gas engines, then airplanes, jets, traffic jams, and strip searches at airports. Why was early man so lazy for so long, or was he just smarter in his lifestyle? Did his medicine men and high priests foresee that modern man’s progress was a regression in civilization causing more stress and unhappiness? Warfare regressed from bashing heads with rocks to arrowheads to gunpowder to hydrogen bombs.

Let’s go drink some fermented coconut juice, bash some heads with clubs, drag women by the hair into our cave, and throw credit card employees and politicians who use religion as a ruse into roaring volcanoes. To hell with the future, let’s return to the good old days. 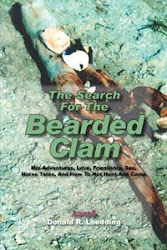 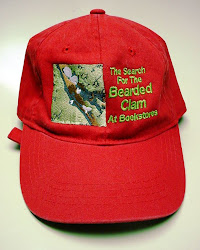